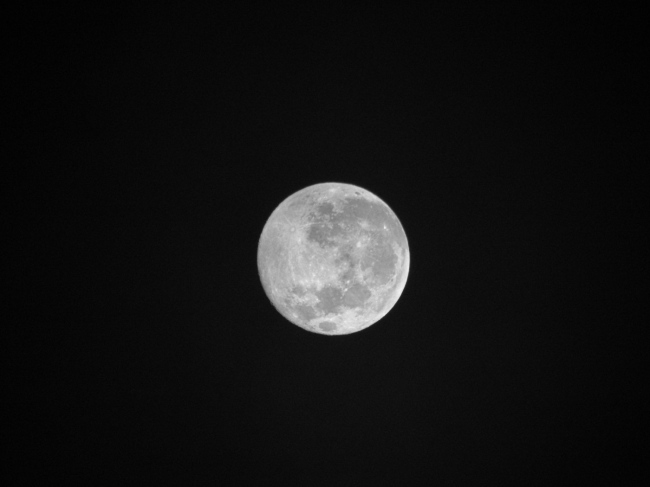 Last night I snapped this photo of the moon. I’m delighted to say that I wasn’t the only one: Lots of people around the world were taking some great photos. And while the moon is absolutely gorgeous, part of me is sad, angry and frustrated that we haven’t been back since 1972.

Twelve human beings have set foot on that grey lump of rock. Twelve. There’s 7 billion of us alive, it’s only a three-day journey to another world – another frontier – and we’ve only sent twelve of us. And none of them since 1972.

There’s no reason why we can’t go back, of course. We still have all the technology, the engineering knowledge, the expertise to do it. If anything, we have better technology now than we did 41 years ago. And there’s plenty we still have to learn about the moon! We don’t really have a good understanding of how it was formed, or why it seems to have two very different halves. The Apollo landings were all on the near side to us – for obvious logistical reasons. We have very sketchy information about the far side. And perhaps the best reason of all: water! At least three separate instruments on two different space probes have detected signs of sub-surface water. And where there’s water…

But the science we can learn from manned lunar missions doesn’t just stop with understanding the moon. Like Mars, the moon is a hostile environment which makes it ideal for testing planetary exploration technologies. If we are ever to build a colony on Mars, it makes sense to start on the moon first: it’s a three day trip if anything goes wrong, and you don’t have to wait months for a launch window. And the moon would be a perfect stopover for further space exploration. Launch from Earth, refuel on the moon, then launch again to your next destination. And if there turns out to be a lot of sub-surface water there, that can be easily broken up with solar-cells into breathable oxygen and hydrogen for rocket fuel.

It’s not a question of money, it’s a question of will. Political and societal will. The US government is currently planning to buy 2,443 brand new Joint Strike Fighter F-35 warplanes at a cost of $1.1 trillion over the next five years. The United States spends six times more money on the military than China, the next biggest spender. Yet NASA’s budget is continually being slashed, especially in planetary sciences. NASA’s budget over the last five years came to around $85 billion. If you’re having a hard time picturing how much more important the US Congress thinks fighter planes are over space exploration, I made a little graph:

Our future is in space.

There can be no question about that – we are explorers. Our history as a species is one of exploration and development. To quote Sam Seaborn from The West Wing, “we came out of the cave, and we looked over the hill and we saw fire; and we crossed the ocean and we pioneered the west, and we took to the sky. The history of man is hung on a timeline of exploration and this is what’s next.” Of course, if our natural inclination to explore isn’t enough to get us off this planet there’s a good chance the ravages of over-population and climate change will.

We should be preparing for that. We should be back on the moon doing science, and building a Moon-base. But we’re not. We’re stagnating.

I’ll finish with one of my heroes, Neil deGrasse Tyson, explaining ‘the case for space’ much better than I ever could.

On Saturday, Melbourne held its first Skepticamp – an informal day of volunteer-given presentations and workshops. There’s no set schedule – anyone can give a presentation or hold a group discussion. It was a huge success, with around 80 people attending. A fantastic tribute to the two people who did most of the work ‘unOrganising’ the event* – Chris Higgins and Lucas Randall. 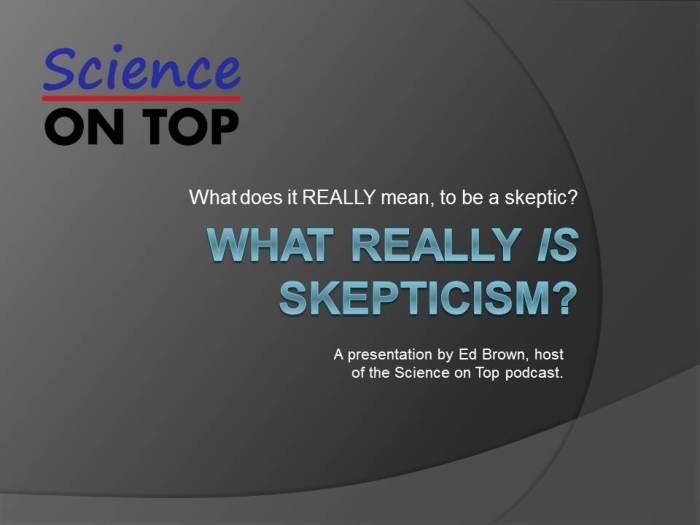 END_OF_DOCUMENT_TOKEN_TO_BE_REPLACED

This is so cool.

The Texas Board of Education is doing a damn good job of, well, destroying education in Texas. Religious right-wing extremists have taken over the board and are spearheading a strong push to get young-Earth creationism taught as fact. They have tried to get the history textbooks changed to show that, despite all the evidence to the contrary, Joseph McCarthy was right and his allegations that everyone in the whole world was a Communist were true. They have tried to get the Separation of Church and State removed from the curriculum. In 2009, they ammended the science curriculum to cast doubt on the existence of global warming, despite overwhelming scientific concensus.

An even bigger problem is that Texas is the biggest  market for textbooks, and therefore holds significant influence over publishers. What Texas insists on could dictate what is taught in other states across the US as well.

This is the cool part: a team is doing a documentary on the situation, which will help raise awareness of what’s going on. Like all film projects, it requires money – so they started up a Kickstarter project. Kickstarter is a crowd-funding site that lets people pledge money towards a project – software development, film, craft, anything really. Initially asking for US$10,000, they very quickly made more than that and they now hope to get the film scored and maybe entered into international film festivals.

This is a really cool project, and it’d be great to see it come to fruition. They are still accepting donations, and the more money they get the better the film will be!